Case Study: 3 Things every school should know about hashtags Have you ever used a hashtag on a post and then later realized it was being used for something inappropriate or associated with something you didn’t intend to associate with?  Lately, we have had several schools reach out to us about this exact problem. Before it becomes a problem, schools need to do their hashtag homework. 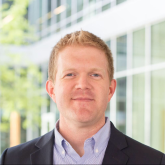 Ben can be contacted at ben@socialassurance.com